How to Develop a Portrait Retouching Function

Mobile phone camera technology is evolving—wide-angle lens and optical image stabilization to name but a few. Thanks to this, video recording and mobile image editing apps are emerging one after another, utilizing technology to foster greater creativity.

Among these apps, live-streaming apps are growing with great momentum, thanks to an explosive number of streamers and viewers.

One function that a live-streaming app needs is portrait retouching. Although mobile phone camera parameters are already staggering, portraits captured by the camera can also be distorted for different reasons. For example, in a dim environment, a streamer’ skin tone might appear dark, while factors such as the width of camera lens and shooting angle can make them look wide in videos. Issues like these can affect how viewers feel about a live video and how streamers feel about themselves, signaling the need for a portrait retouching function to address these issues.

To solve these challenges, I tested several available portrait retouching solutions and settled on the beauty capability from the HMS Core Video Editor Kit. Let’s see how the capability works to understand how it manages to address the challenges.

How the Capability Addresses the Challenges

Specifically speaking, the beauty capability delivers a processing frequency of over 50 fps in a device-to-device manner. For a video that contains multiple faces, the capability can simultaneously process a maximum of two faces, whose areas are the biggest in the video. This takes as little as ten milliseconds to complete.

The capability uses 855 dense facial landmarks so that it can accurately recognize a face, allowing the capability to adapt its effects to a face that moves too fast or at a big angle during live streaming.

Not only that, the capability is equipped with multiple, configurable retouching parameters. This feature, I think, is considerate and makes the capability deliver an even better user experience—considering that it is impossible to have a portrait retouching panacea that can satisfy all users. Developers like me can provide these parameters (including those for skin softening, skin tone adjustment, face contour adjustment, eye size adjustment, and eye brightness adjustment) directly to users, rather than struggle to design the parameters by ourselves. This offers more time for fine-tuning portraits in video images.

Knowing these features of the capability, I believed it could help me create a portrait retouching function for my demo app. So, let’s move on to see how I developed my app.

1. Set up the App Authentication Information

API key: Call the setApiKey method to set the key, which only needs to be done once during app initialization.

The API key is obtained from AppGallery Connect, which is generated during app registration on the platform.

Access token: Call the setAccessToken method to set the token.

This is done only once during app initialization.

The development process ends here, so, now, we can check out how my demo works: 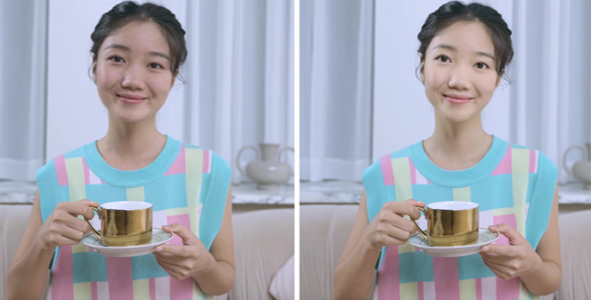 Not to brag, but I do think the retouching result is ideal and natural. With all the effects added, the processed portrait does not appear deformed.

I’ve got my desired solution for creating a portrait retouching function. I believe this solution can also play an important role in an image editing app or any app that requires portrait retouching. I’m quite curious as to how you will use it. Now, I’m off to find a solution that can “retouch” music instead of photos for a music player app, which can, for example, add more width to a song—Wish me luck!

The live-streaming app market is expanding rapidly, receiving various requirements from streamers and viewers. One of the most desired functions is portrait retouching, which is used to address the distorted portraits and unfavorable video watching experience.

Compared with other kinds of apps, a live-streaming app has two distinct requirements for the portrait retouching function, which are real-time processing of video images and accurate face detection. The beauty capability from HMS Core Video Editor Kit addresses them effectively, by using technologies such as the CPU+NPU+GPU heterogeneous parallel framework and 855 dense facial landmarks. The capability also offers several customizable parameters to enable different users to retouch their portraits as needed. On top of these, the capability can be easily integrated, helping develop an app requiring the portrait retouching feature.