How to calculate Income Tax on salary? (with example) 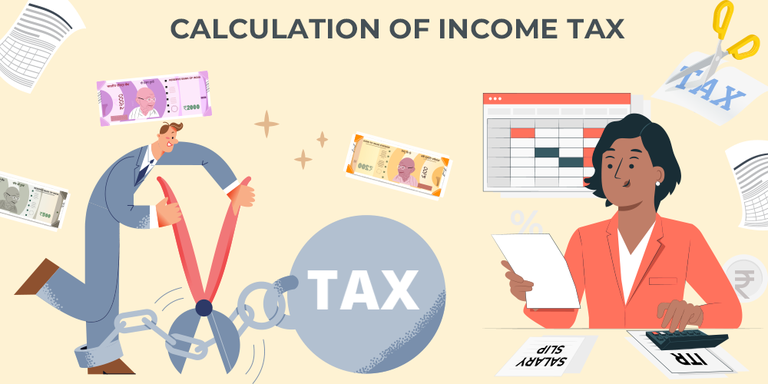 The compensation received against services provided in connection with employment by an employee from a current or former employer is termed Salary. Section 15 of the Income Tax Act provides for the tax levied on salary. According to Income Tax Act, the term Salary includes Wages, Annuity or Pension, Gratuity, Fees, Commissions, Perquisites or Profits (In addition to salary/wages), Advance of Salary, Encashed Earned Leaves, Contribution in Provident Fund (up to the extent it is taxable), Contribution in Pension Scheme (refer to section 80CCD, i.e., NPS), etc. 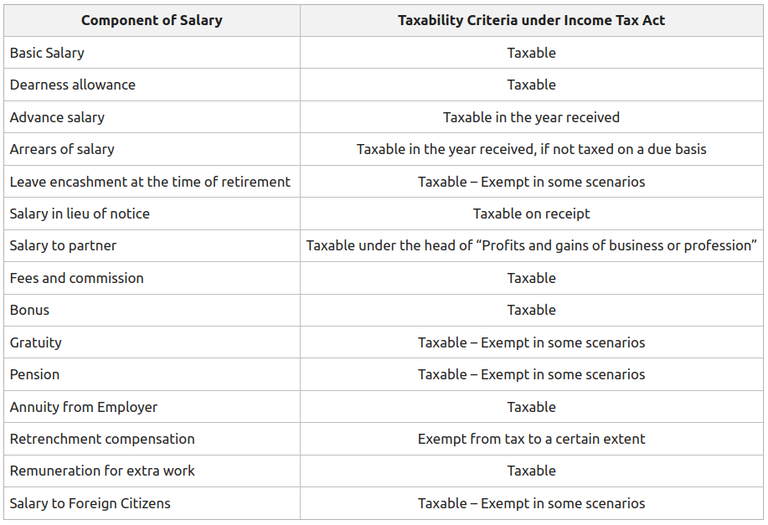 The amount of tax one needs to pay depends upon the income tax bracket the person is falling into. Any individual with an annual income of more than Rs. 5 Lakh needs to pay Income tax to the government according to the Income Tax Act.

Any amount exceeding the limit will be taxable at the prescribed rate.

Leave Travel Allowance provided by the employer to travel for professional work is also taxable under the Income Tax Act. Deduction on the amount received as LTA can be claimed by the employees up to the amount of actual expense incurred (bills should be produced), only twice in 4 years. It doesn’t include any expenses on personal travel.

Leave Travel Allowance is restricted to:

2. Section 80CCC: Deductions under this section are mainly:

Premium paid in those plans must be kept deposited in order to avail a deduction.

4. Section 80D: In this section of the Income Tax Act 1961, deductions can be claimed for a maximum amount of ₹40,000 on medical insurance. It further states:

5. Section 80DDB: In this section, deductions can be claimed on the amount not exceeding ₹40,000 spent on medical expenses that arise for treatment of a disease or ailment mentioned in Rule 11DD of the Act.

6. Section 80E: Under this section, a claim can be made on the amount paid as interest on loans taken for the cause of higher education for self or a relative.

8. Section 80RRB: Under this section, tax can be saved up to an amount of ₹3,00,000 on receiving any income by way of royalties or patents registered under the Patents Act, 1970

9. Section 80TTA: Under this section, any income earned through an interest in a savings bank account, post office, or cooperative society up to ₹10,000 can be claimed for deduction.

10. Section 80U: This section specifically provides a flat deduction on income tax only applied to disabled people. Up to ₹1,00,000 can be claimed for deduction depending on the severity of the disability.

How to Calculate Income Tax on Salary? 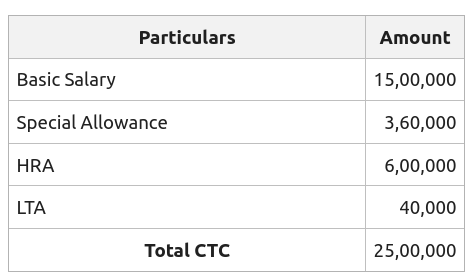 Let’s determine the payable tax amount of Sahil in both the old and new regimes.

At first, we have to calculate the Net Taxable income of Sahil in both the old and new tax regimes: 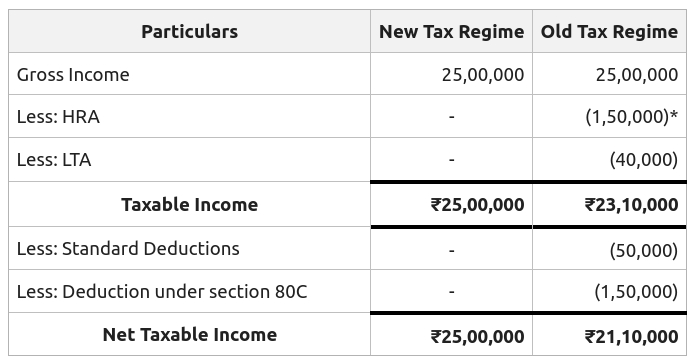 *The HRA deduction is the least of:

Tax Payable as per the Income Tax Slabs: 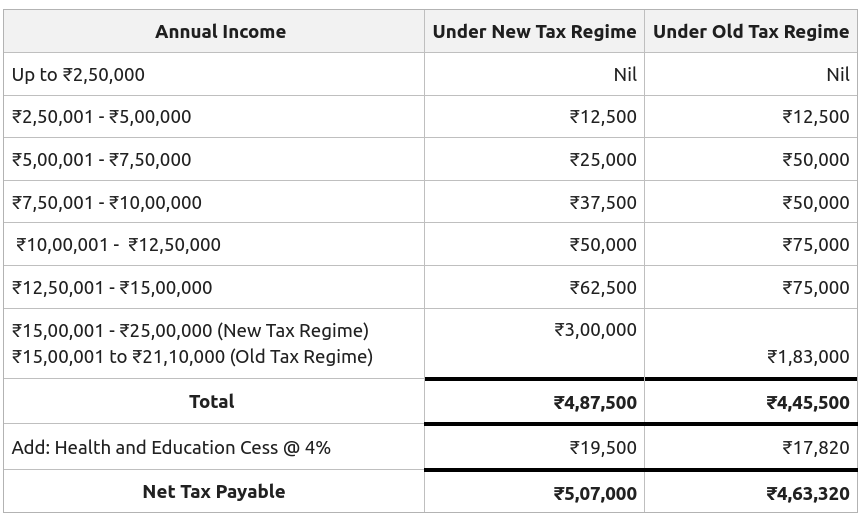