Cloud-Native as a Platform – DZone

Interestingly enough, cloud computing, one of the major buzzwords in the last decade, has not yet been established as a term in the Oxford dictionary.

The сloud computing approach can be traced back to 1990, but it only received public attention around 2006 when large IT companies began creating cloud-based software tools. One of the earliest descriptions of “cloud computing” refers to a new paradigm in which people increasingly access software, computer power, and files over the Web instead of on their desktops.

For the developers’ community, cloud computing means that all architecture is based on external infrastructure that does not need to be managed on its own. Cloud computing today presents a set of related instruments and software services built around the cloud that allows flexibility in taking advantage of it. These new services and tools are linked through open protocols that are created by cloud providers or the community.

In the last decade, most businesses have shifted online, and new companies are set in virtual environments initially. Software companies came out on the market with totally different products that were not available before. Thanks to those products, cloud computing has become available at the scale we use today.

We may not remember, but it was only in the last twenty years that products, such as Amazon Web Services, Microsoft Azure, Google App Engine, and Google Cloud services, were launched. Nowadays, as cloud computing is everywhere, it seems like we have always had it.

Cloud computing encourages a new non-monolithic approach toward the application build, and development companies continue modernizing and bringing new enhanced tools and instruments to the market.

The very recent developments of the cloud include the rise of public, private, and mixed cloud platforms. Cloud vendors not only provide the clouds themselves, but they also accompany them with a number of useful tools for developers. Cloud choice is not only for a private or public cloud. Choices must also be made for all of the instruments that go with the cloud.

One of the ongoing trends in cloud-focused services and software is to deliver not just one single instrument for the cloud but to create an entire platform with a set of tools for better app work.

Today we all use cloud services. Individuals or businesses use cloud-based apps, enterprises pay for this infrastructure, and software developers build them. Cloud computing is getting more complex, and corporations are imposing higher demands on it. The developers’ community continues to develop and enhance cloud-based structures. There is an interest in finding that one simple, effective, low-cost tool for application development in this modern environment. Therefore, it comes as no surprise that since 2016 the cloud has begun to shift from developer-friendly to developer-driven. Application developers have begun to take full advantage of the cloud for its available tools. A large number of services are striving to become more developer-friendly in order to attract more customers. Realizing the need and the profit potential, cloud vendors have developed (and continue to develop) the tools developers want and need.

Cloud-Native as a New Norm

Cloud-native is a term we now see often, but what does it mean?

Cloud-native computing is an approach that takes advantage of software development techniques designed specifically for the cloud. These include microservices, containers, CI/CD, agile methodologies, and more.

CNCF is an organization established to drive the adoption of a cloud-native paradigm by fostering and sustaining an ecosystem of open-source, vendor-neutral projects.

Cloud-native is about speed and agility. Business systems are maturing from the goal of enabling business capabilities to a new task of strategic transformation and acceleration of business. The modern business imperative is to bring new ideas to market immediately. 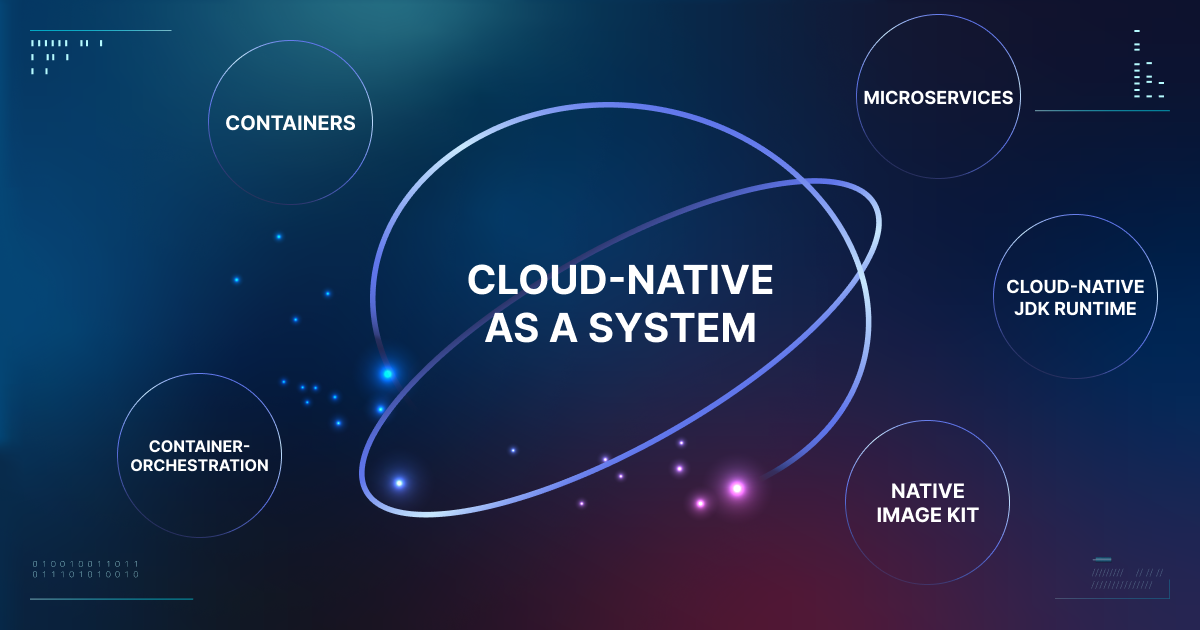 Although the first containers have been around since 2004 (Solaris zones), these early containers were very limited and restricted to certain computer systems. It wasn’t until 2013, when Docker came up with a more functional container, that these tools caught on. It is no coincidence that the growth of both Docker and container use happened simultaneously.

In 2017, hundreds of tools that had been around for years were modified and used to make working with containers easier. Kubernetes, developed by Google in 2014 and then made available as an open-source product, was one of these. Kubernetes is a container-orchestration system designed to automate application deployments, scaling, and management.

Kubernetes is one great example of cloud-native technology for cloud environments that is highly popular among developers.

However, containers stepped in much further, with a whole range offered on the market today. Containers contribute to cloud-native systems and are their inevitable component. For Java applications, we use microcontainers to reduce memory requirements, increase performance and scale, and allow zero time for application download.

Containers work well with the microservices approach that was designed for cloud systems. Microservices are the other pillar of cloud-native systems.

Native Image Kit (NIK) is the other important component of cloud-native systems. NIK is a utility that converts JVM-based applications into fully compiled executables, delivering a result searched by many with an almost instant startup time. NIK optimizes many characteristics in your application, including resource consumption and static footprint.

Cloud-native JDK Runtime is one more essential to complete the entire cloud-native system. As we know, there are many options for JDK Runtimes, including those from OpenJDK vendors. For the smoother operation of your application, it is recommended to use Java Runtime, optimized for cloud environments. It is worth researching the market for Runtime. Even if it takes longer, building an app on optimized JDK will ease work for development and improve metrics for the application run.

Cloud-native as a System

The overall trend for cloud computing is that software should come not in parts but as a system. For example, AWS provides a whole set of tools for working with the cloud, including cloud migration services, cloud operation tools, containers, etc.

This change in software development is very logical. A systematic approach to the cloud computing software components delivers smoother running applications, cost savings, and increased efficiency and speed. So it is no surprise that, nowadays, software development companies do not present a single product but a whole set of instruments for the cloud.

In modern software development, it is better to use a complete cloud-native system rather than cloud-native components taken from different providers. The approach of one system delivered today by many vendors allows for better compatibility and technical support from one vendor. As cloud-native systems continue to be enhanced, you may expect new instruments in your chosen cloud-native platform. Overall, you will get a great way to smoothly adapt classic Java to the modern environment and save costs by increasing all those critical metrics for the virtual apps (RAM consumption, speed, etc.).

Cloud-native platforms are a step forward and a much better alternative to the deployment of different single solutions via several providers. The benefits of such an approach are straightforward: cloud-focused instruments presented by a vendor on one platform are compatible and often increase app performance when adopting more than one of the platform tools, supported by the same technical team, all being updated in one line.

Cloud-native platforms are still an emerging trend. There aren’t any vendors that offer all the varieties of cloud-native products in one ecosystem.

So, probably, as a developer, you may end up needing two or three reputable vendors to get this software.

Undeniably, using a cloud-native platform instead of deploying single solutions does save a development team time and allows for significant cost reductions. Choosing such instruments requires extra time for research and tests but will help with saving more resources in the future.